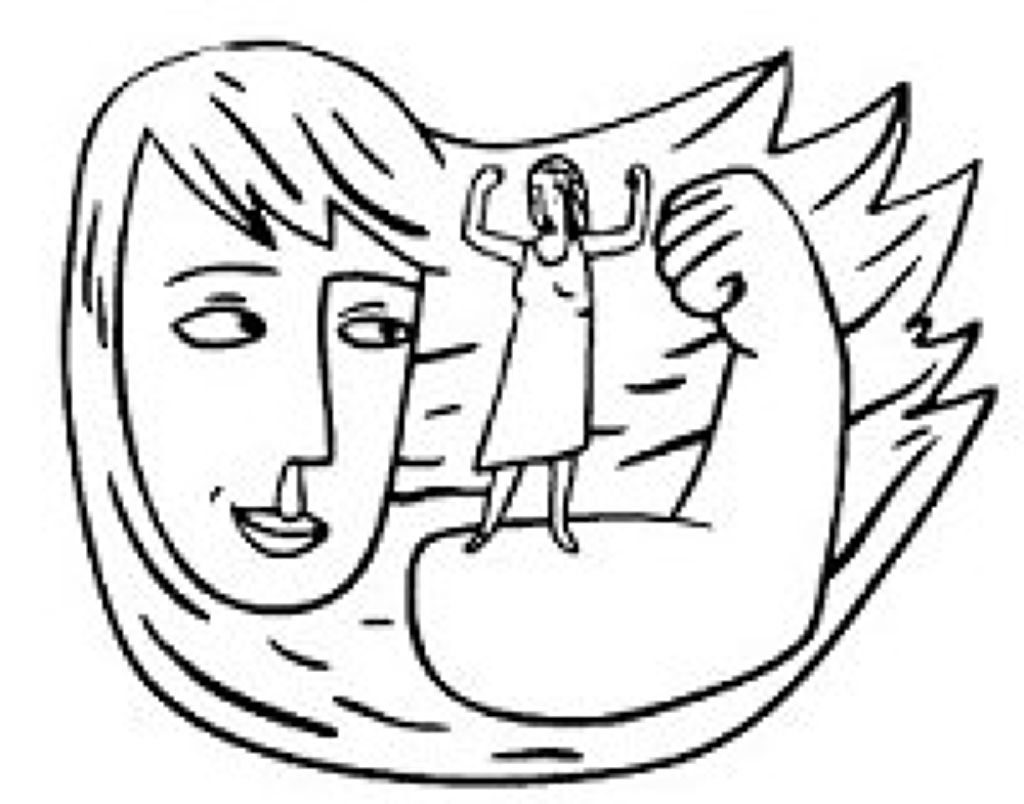 These days, when you meet someone dressed in black, you think it’s a fashion statement. Several decades ago, you would emphatically ask about the family member who has passed. Even Catholic priests, monks and nuns need not all wear black. By subscribing to the tradition, they do not express mourning, but rather distance from the vividness of the ordinary world around. Black is a non color. It is darkness as an absence of light that is a necessary condition of the existence of colors. Black enables to look away from the superficiality of the material world and focus on what really matters.

For the past three weeks, black is also worn by those who support the protests against the toughening of the antiabortion law in Poland. There have been demonstrations held in other countries besides Poland, including in the Czech Republic. The extremely restrictive law has already been passed in the Polish Parliament in the first reading whereas the opposite draft was rejected. If the law were to be passed, Poland, a country in our closest proximity that we share mutual intelligibility and many historic bonds, would be the third European country along with Vatican and Malta, that would de iure ban assisting abortions with the exceptions of situations where the mother’s life is in immediate danger. Up to approximately hundred thousand of abortions are arranged abroad by women who are better off; the poorer women seek rough interventions without medical care, risking their life and health.

The demonstrations in Poland and elsewhere are organized and attended primarily by women who are predominantly affected by the law. Unborn child is the physiological part of woman’s body with blood stream and it is she who will always carry most of the impacts of the birth of the unwanted child, potentially all psychological and health consequences of abortion. Like every question that concerns truly significant life issues, this one is also not black and white. Unborn child too is a potential human being, even if incapable (even after birth) of independent life. Every woman’s child has a father without whom the child wouldn’t come to be. But in patriarchal cultures, that father is factually free to decide whether he would claim the child to be his own or not. Even a paternity decision results in legal, not factual, paternity. The slogan „my body – my responsibility – my freedom“ can be understood as analogous to this male privilege, and part of free identification of a woman as a citizen who enjoys full rights.

Any discussion about abortions usually easily slips to connections that belong to the personal and ethical realm of responsibility, even though modern society regulates them by laws. And since it is women’s issue, the conflict easily refocuses to a specific material and sexualized corporality to which women in our culture are chained. But when they explicitly and demonstratively claim it, say, by refusing to make menstrual bleeding invisible, they are condemned for distastefulness and indecency. But the turn toward the discourse about corporality is what those who support restrictive laws want the most: it covers a decisive political dimension, which is what is really at stake here: state legally demands that all live according to an ideology of religious fundamentalism. The religious fundamentalism that is our own: Christian, European.

The new Polish law is an arrogant gesture of an authoritarian society aimed against the already so disadvantaged half of the citizenry. The conditions for legal abortions are so restrictive that we cannot imagine them for over fifty years. The new revisions only concern a handful of exceptions – woman’s age below fifteen and pregnancy resulting from rape or incest will no longer be a justifiable reason for abortion – and access to reproductive medicine, including ban of alternative insemination. The subordination of intimacy of citizens to repressive power takes form of symbolic violence against women. What is endangered is nothing less than freedom of the civic, secular and liberal society, of men, women, and their children.

The women who have no choice and are forced to wear black (or another neutralizing color), compulsorily cover up in public or shave their heads are familiar from contexts where religious fundamentalism assumes political power, whether these are Islamic countries or communities of orthodox Jews. Photographs of Iranian or Afghan women from the 1960s when they were free to dress according to European fashion circulate on the internet. They remind us that the freedom both women and men enjoy are never gained eternally – that it is always necessary to work hard toward them and that neither the European Union can clearly prevent its elimination. Indeed, women’s equality with men is formally guaranteed in many countries including our own, but its practical implementation is limited. The ideological sexism that maintains that women are not quite human beings is deeply rooted. But if we let zealots of any religious collectivity, regardless of whether democratically elected, to enforce their stance to all citizens, we are rushing into oppression. In this case, such oppression is truly not the era of state socialism when our abortion legislature gradually moved to today’s liberalized standard that resulted in a significant drop in the number of abortions. By the way, Poles had similar legislature some twenty-four years ago …

The author teaches history of arts at Academy of arts, architecture, and design (UMPRUM).