Against people and nature

Pěčín Dam as a Gift for the Cement Lobby 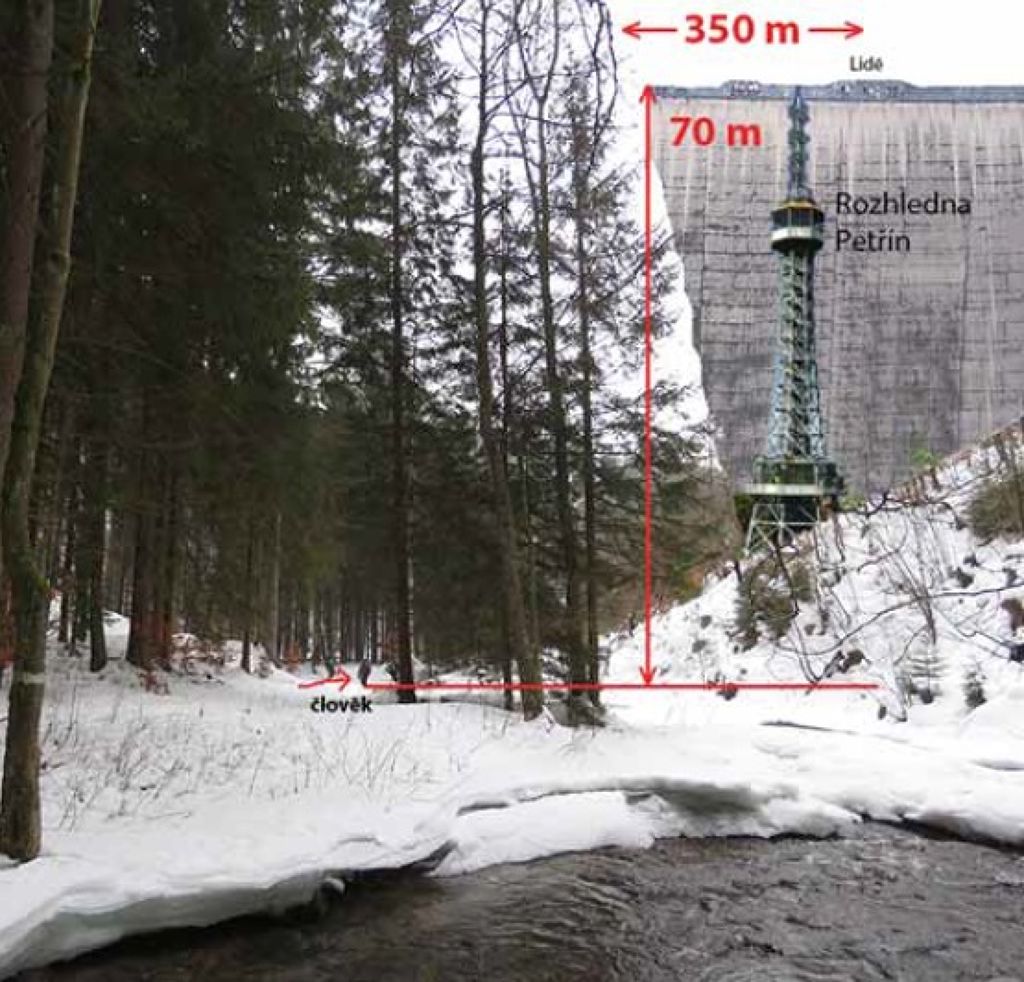 The project of the gigantic dam Pěčín in the nature conservation area in Orlické hory can  demonstrate the influence of building investors in the Czech Republic on the government. The government then decide to the disadvantage of the environment, but also the people.

Czech government decision of June 2016 gave a blessing to the intention to build a gigantic dam on the Zdobnice river in the nature conservation area Orlické hory where it is otherwise difficult to obtain a building permit for the construction of a family home. The alleged purpose of the dam is to secure potable water for the Hradec and Pardubice areas.

The government gave the dam the green light despite objections of the local residents and administration, as well as the relevant office of environmental protection, the department of Orlické Hory nature conservation area, and even water pipeline management in Hradec Králové. The project was also dismissed by hydrogeologists before 1989. It is also currently refused by an expert opinion of the Department of Environment that states that possibilities of water detention through other, more environmental friendlier means – as required by the still applicable agreement between the Department of Environment and the Department of Agriculture – have not been explored. This agreement explicitly states that the building of dams is the least priority, as also resulting from the government talks about the Pěčín and other five dams.

It is stunning how poorly and brazenly has the government dealt with the (de facto) disagreement of the Department of Environment: the government resolution tasks the Departments of Environment and Agricultures to develop a „complex proposal (for water retention) through environmentally friendly means in the Zdobnice river basin (water work Pěčín).“ But environmentally friendly cannot surely be an eighty-meter high and three hundred and fifty meters wide concrete dyke costing eleven billion CZK, resulting in the flooding of eighty hectares of forest (i.e. damage of hundreds of millions of CZK) and of the valley of Orlické Hory nature conservation area, which is unquantifiable. Simultaneously, the very next item of the resolution tasks the Department of Agriculture with „undertaking the work necessary for the commencement of the water work Pěčín,“ not waiting for a decision of the Department of Environment.

Povodí Labe, as an organization under the Department of Environment, feels bound by the government opinion and starts to boldly squander the state funds allocated for the construction. The company Vodohospodářský rozvoj a výstavba, a. s. (VRV) is tasked with the preparatory works. The Swedist SWECO and VRV repeatedly wins the contracts: the „study on executability“of fifty pages that is worth 1.5 million CZK and „pre-project“ preparatory work, costing approximately 5.5 million CZK.

Adding to this, Povodí Labe also contributes to the study on executability. The Department of Agriculture thus very quickly and willingly used its budget for these companies. The financial intertwinings between Secretary of the Department of Agriculture Marian Jurečka and these companies sounds unbelievable. Jurečka, labeled in the media as the Secretary of „financial protections,“ (for he scatters around millions of CZK annually for who knows what), financially supported the conference „Vodní toky 2017“ co-organized by, among others, also Povodí Labe, VRV and SWECO. It comes as no surprise, then, that the director general of SWECO Milan Moravec joined members of the parliament on a retreat session of the economic committee of the house. Concrete lobbyists leave nothing to chance.

The Zdobnice valley is so far a practically untouched wilderness of cliffs and in many areas very environmentally valuable forests. This means that it is a home to many endangered species who are protected under the law, as is the protection of their biotopes. The nature is not only nature conservation area but also a location of an European significance.

How is it possible to shoot down both a public and private property interest that was protected for decades, whether it concerns environmental protection and land or farmsteads inherited for generations, for the personal interest of a minority to draw water at the expense of locals to places where they clearly cannot manage it? Do we even still live in a legal state or is it a theft in broad daylight with the blessing of the Department of Agriculture or even the government?

Manipulation of the public

The river Zdobnice in the planned section of flooding is a wilderness gem – a clear mountain creak which are scarce these days since the majority of rivers has been destroyed by technical modifications: unbending or deepening or constructional fortification of the riverbend, or all of these modifications at once, or dams. Water concrete projects and stupid engineering in environment are the major causes of drought and increasing intensity of floodings. Increasingly bigger dykes cannot deal with drought. Only water retention in the entire area of the land thanks to a thousands of small measures can help.

Adding to that, Pěčín has yet another major disadvantage that the concrete lobby is either unaware of or that it conceals. Zdobnice was supplied mainly from melting snow in the mountain peaks. But the snow is getting scarces and there is a possibility that there will not be enough of it for the dam or that it will get spoiled by heat. If either is the case, the water will not be potable.

Scepticism toward Pěčín also corresponds with the view of a number of international experts and EU’s general recommendation toward dams. It is not only that their construction is disputable due to their environmental impact but they also exemplify a completely unjust approach toward water with unclear economic benefit since environmental damage is not determined. In the USA, they even began tearing down some dams so that salmon may return.

The government is not even interested in that tens of dwellings and hundreds of plots in Souvlastní and the surrounding area will disappear due to the construction of the dam. The government is not bothered by the closure of the river for canoeists and all migrating river species. That is another essential contradiction – not only with the regional plan of protection of passability for fish migration, as well as the government regulation that seeks to renew migratory passability for the fish in the Czech Republic, particularly eel and trout, and which has been effective for a number of years. This would improve not only recreational fishing but also local economics and biodiversity. It would also mean  a major food advantage for the residents since salmon is native to the Orlické hory region.

The construction of the dam would also mean a destruction of the piling up of nutrients from the mountain to the area and a decrease of the flood wave by about half. The concrete lobby ignores the first impact while mentioning the other impact as an advantage for the people who live under the dam. What is left unsaid is that fewer floods mean more drought in the meadows – this is what a rough manipulation with the lay public by experts paid by the government looks like.  It is impossible to leave out that Secretary Jurečka called an eighty-meter high dam a mid size pond; a statement that should result in his immediate removal.

All the above stated suggests that the government succumbed to the concrete lobby pressure. The lobby has been tunneling the country’s budget for years. In this way, the Czech Republic has already lost hundreds of billions. The purposes of the dam have been changing, the concrete costing great amounts of money remains. And corruption stinks in the background.

The concrete serpent has managed to sneak over one hundred dams in the government’s strategic plan. Their number was reduced to sixty, following a dramatic and lengthy struggle with the communities and the nongovernmental sector, along with experts who were not bribed.

The Pěčín case reveals a lot, including an adverse characteristic of governing where one department does not respect the agenda of another. In this case, the Department of Agriculture goes directly against environmental protection and against the people. And since this is not an isolated excess, it would be best to eliminate the department and transfer its agenda to the Department of Environment.

To boot, potable water for the Hradec Králové and Pardubice areas is already available. All we need is to fix water pipes and utilize the adequate water supplies of the Vysoké Mýto syncline.

Pěčín and the other planned dams are useless and harmful. For as long as the asphalt and concrete lobbies influence one government after another, we will harm our home in other localities. And even if we disagree with it, out taxes will pay for it.