Arts in a financial services portfolio

Contemporary arts can hardly exist without the financial support from the private sector. The activities of J&T Bank and its luxury magazine for the wealthy that presents the clients with culture as a luxury bonus provide an illustration of the obstacles that such sponsorship brings. 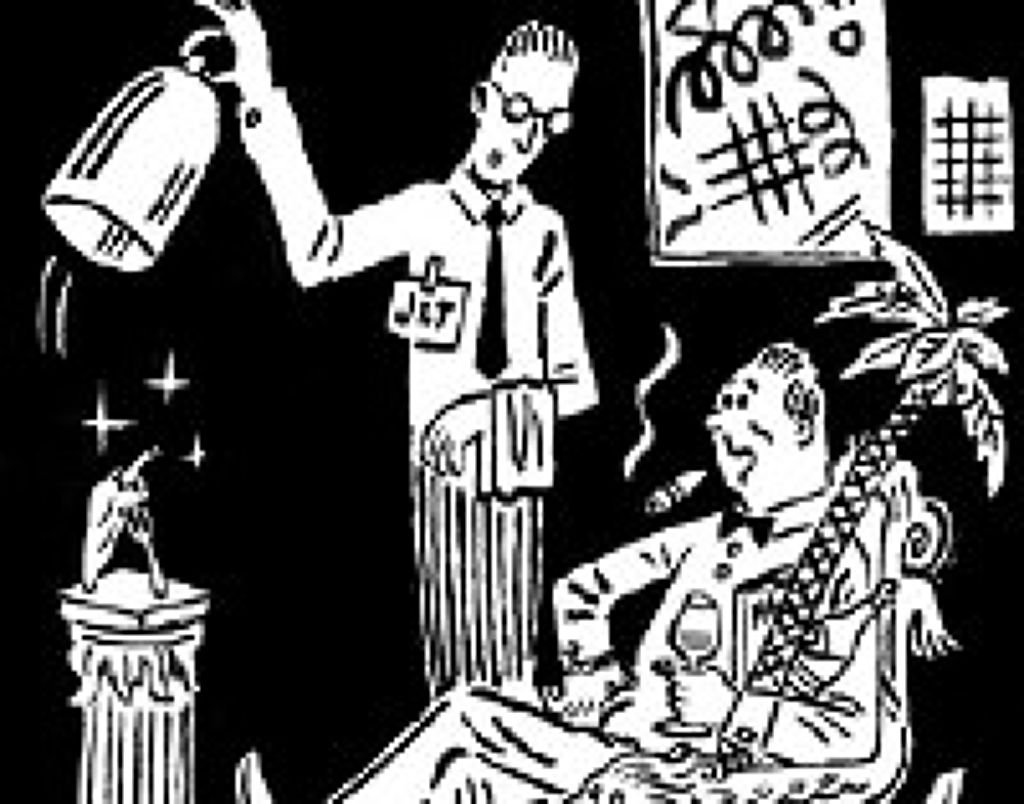 A closer look into the world of sponsors and supporters of fine arts in the Czech Republic in the recent few years is not complete without the activities of J&T Bank. Since 2012, the institution has been the main sponsor of the prestigious Jindřich Chalupecký Award for young artists under 35. In spite of its long tradition and undisputed significance for contemporary Czech art, the award had always struggled with serious financial difficulties. There had not been any generous sponsor and not even the myth-creating circumstance that Václav Havel was a co-founder of the award, a reason that the award has gained popularity, unusual in the field of fine arts, among the wider public and mainstream media, did not help. J&T Bank has recently begun sponsoring the award and finally stabilized its budget. Jindřich Chalupecký society does not need to devote so much time to existential struggles and can focus more on the finalists and laureates; thus better fulfill its function of a stepping stone to the professional world of arts for young artists.

Without support from the private sector, Czech art, suffering from inadequate of state support, would not have been able to keep a carefree face. Whether you like it or not, banks and other private sponsors are crucial for most professional artists. J&T Banka has thus merely joined Petr Kellner‘s PPF (Galerie Václava Špály, Ateliér Josefa Sudka, Fotograf Gallery), Erste Bank (Tranzit.cz), Komerční banka (Národní galerie), Karel Janeček, Václav Dejčmar, Zdeněk Bakala (DOX) and many others. And when you review professional CVs of the so-called well-established Czech artists, you will note that many have been part of a number of the above-listed institutions of the contemporary artistic setting.

Concierge for the Upper Class

But the uniqueness of J&T Bank is that it included arts into their services portfolio that they offer to their USD millionaires clients. This is the target group the bank aims at.  A section of their website, titled Klub Magnus includes a category Sponsorship and Services where clients can exchange the points they receive for their transactions and financial products they purchase. The principle is essentially the same as with loyalty cards in supermarkets where the points you earn for repeat purchases will eventually earn you a discount for a frying pan. With J&T bank this operates at a higher level. In return for points or extra fee, a division of the bank, characteristically titled JT Concierg helps you become a „true“ member of the upper class, and your uniqueness is proved by the luxury magazine Magnus that begins to appear in your mailbox. The J&T bank’s marketing manager Petr Málek characterizes as „with the subheading Noblesse Oblige we did not want to create just another luxury magazine, but rather a magazine that focuses on mental luxury, business analyzes, responsibilities of the elites, and sustainable wealth. This is evidenced by topics including sponsorship/philanthropy, but most of all original texts and photography...“

Twice a year, the noted „mental luxury“ provides kofola and budweiser-soaked advertising agency Yinachi that under the banner „Art meets commerce“ also sells representatives of cultural and subcultural scenes, often without their knowledge or with consent coaxed based on a lack of relevant information about a particular project (e.g. a book project Kmeny or Galerie NE). Moreover, agency does not compensate the authors adequately for the commercialization of their work. It is sad that the financial elites – who often flirt with the idea that they could also be intellectual and moral elites – let this particular agency mediate the noble topics. The issue is not even an absence of relevant artists and topics in the magazine, but rather that the interpretation by Yinachi results in cheap privatization of arts.

The setting of the post-communist Europe generates upstart millionaires and billionaires that have not have time to accustom to their new social standing. It is at them the advising, service, and coaching J&T bank market aims. It is no longer about simply managing entrusted capital. The purpose is to help clients orient in the upper-class world and overcome the transition of the middle-class life to the great world of the billionaires. In this perspective, the Czech wealthy, who lag behind the western multigenerational – so-called discrete – elites still have much to catch up. How to hire a private jet? What restaurant to choose for a business or lobby meeting in Bangkok? Where to head for luxury vacation? And how to find a way to a tax haven if you feel that the Czech legal system oppresses you too much? A chapter of services titled Monaco J&T that offers the ultimate relocation service, will help you with the last question.

„Luxury is pleasure rather than necessity; it is more than mere sumptuosity. It is great lightness as well as comfort. Luxury is an experience. It is a price package. A friend of mine once said: It is what I deserve.“ I think it’s the perfect definition,“ writes Eva Klejmová, the J&T Consierge Director, on the pages of Magnus.

The issue with J&T bank sponsoring is what the „whole package“ that the clients deserve for their tax „optimalization“ in Monaco, makes of workers in culture and artists. This is how fast, contactless payments reframe all struggles for emancipation into greater democratization of accessibility of arts led since at least the mid 19th century. That such exhibitions are usually open to the public does not change much. It is, after all, characteristic that luxury needs to be defined against the norm, represented by the mainstream audience.

In addition to creating luxury for their clients, Yinachi and J&T bank contribute to the flourishing of what is predominantly competitive, countable, and snobbish (VIP meetings with artists for clients) on the Czech arts scene. The professional arts setting becomes a bit more boring and alienate place. On the one hand, the tax evasion of some of the J&T Bank clients reduce the possibility of gaining state support for live art (or support that is at least partly based on public control and expert committee opinion). On the other hand, artists and cultural workers are even more so dependent on the arbitrariness and taste of the „tax optimalized“ philanthropists. Indeed, sponsorship saves some artists and cultural projects from economic and often existential collapse, but the tightening rivalry between the „candidates for favor“ of sponsors simultaneously stifles solidarity among artists. A goon example of the practice is the contractual ban on collaboration that each finalist of the Jindřich Chalupecký Award is required to sign even as previously finalists often collaborated.

The good news is possibly that the financial elites dressed into clothes chosen for them by a „concierge“ are rather visible and warn us against a rapid oligarchisation.

The author is an artist.

The arts are us

Supporters of the law that would allocate one to four percent of the public works budget for the arts are convinced that quality contemporary art in the public space has positive impact on the social, economic, and mental development of the specific place. The Czech ministry of culture is currently …

It concerns my affairs

We asked the former government commissioner for human rights about his failed effort to relocate the pig factory farm in Lety near Písek from the WW2 site of the concentration camp for the Roma. We also discussed an ethnic definition of a nation among Czech politicians and why it was never …