Is Primeval Forest Only Wood?

What we even need the wild for

The current Polish Minister of the Environment has decided to monetize the unique Białowieża Forest when he approved a tripling in the volume of wood to be harvested. To aggravate the situation, he also intends to authorize the shooting of the local European bison that belongs among endangered species. This is a textbook example of a complete failure of the state system. 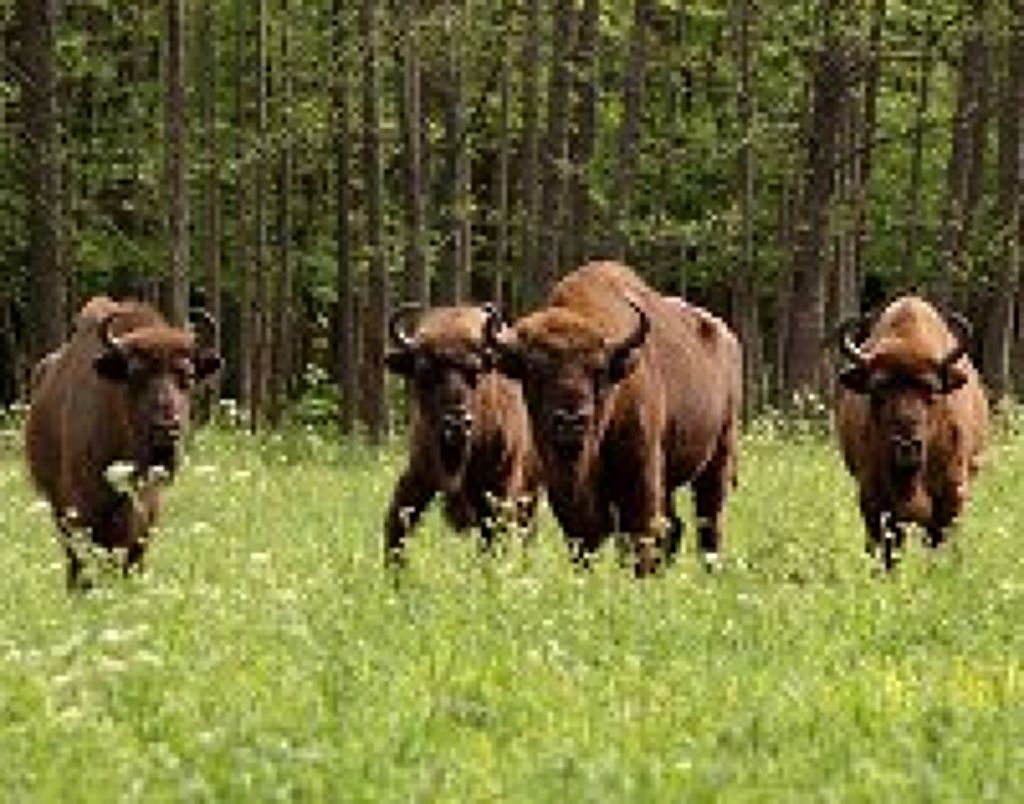 The public opinion was recently stirred up by the news that the new Polish Minister of the Environment Jan Szyszko, a forester by training, allowed a threefold increase in the volume of wood mining from the Białowieża Forest and plans to authorize the shooting of the endangered European bisons. To achieve this, he kicked out the majority (32 out of 39) experts from the Committee for Nature Protection who opposed this for multiple (eco)logical reasons and appointed Dean of the Warsaw Agricultural University who supports his expertly unacceptable opinion as the chair.

Always the same, simple, and effective methods of the governing handles. Szyszko’s predecessor Maciej Grabowski, together with the then prime minister Donald Tusk, did something possibly even worse: under the pressure of the US, he sacrificed about forty percent of Poland for explorations of fracking shale gas mining, which, if the fracking indeed commences, will spoil water in most of the country. These days, the former Czech Minister Tomáš Chalupa (Civic Democratic Party) attempted the same thing, which only goes to show that the state system is bad and abusive everywhere.

State in tow of the mining lobby

As far as the primeval forest is concerned, the Polish minister offers two ridiculous arguments: a bark beetle calamity and an alleged overpopulation of the European bisons. If the minister cared to review any high school textbook on ecology, he would realize that he is wrong. Bark beetle in forests is a natural occurrence – it breeds in drought and the forest copes on its own, as, after all, evidenced by the history of the planet. Forests have never needed – and do not need – humans to deal with this. An overpopulation of critically endangered species, especially worldwide endangered species, is sheer nonsense. The European bison had been completely killed off in the wild and only miraculously saved by a few enthusiasts who returned a few pieces from private breedings to the wild. A story worthy of an Oscar movie.

It is worth noting that twice in the history, the death penalty was instituted for poaching the The European bison - the first time by Sigismund I the Old in 1538; the second time, surprisingly, during World War II by both the Nazis and the Russians. The minister must have been absent from history classes as well. But idiotic times roll on and we more and more forget that we cannot survive without the wild – meaning as varied as possible – nature.

The Polish bark beetle is – just like in the case of Czech Šumava (Bohemian Forest) only an excuse for an uncontrolled wood mining. And in Poland, the mining lobby has managed to become part of the government. The „overpopulated“ European bison does not fare much better – just like the wood, the wisent too will be monetized. Both the shale gas case and the attempts to mine a primeval forest show a lot more than the proverbial tip of the iceberg that uncovers the failure of the state system. The existing protection of nature as well as individual nation states‘ legislation tends to be too fragile and poorly enforceable; often times it is only an intent. The state power is easily manipulated and corrupted (morally and financially), especially by corporations – hiding behind phrases about sustainable or economic development, an overwhelming majority of politicians and state officials/authorities defend interests of corporations and, of course, their own wallets, thus overlooking laws and articles that could prevent them from doing that.

But the Białowieża Forest is not just another old forest. It is a world rarity; a treasure chest of biodiversity; one of the last remaining islands of a primeval forest that existed prior to the beginnings of agriculture all over Europe. It is not only a Polish but a world treasure that has stood thousands of years until today, and it is even under UNESCO protection.  It is therefore incomprehensible that one country’s government, moreover some economist who has just become a minister, should decide the forest’s fate.

According to Szyszko, the UNESCO protection is much too conservative. He probably does not realize that that is what is at the core of nature protection in most countries, if they practice nature protection at all. As a trained forester, he should be aware of this. Island ecology tells us that the larger the island the more there are species. That should be the prime national interest of each country; not the GDP. It is nature that feeds us; we cannot eat money. And nature lives on diversity. We live on diversity. Without it we die. Without the wild, we die.

Imagine that the Polish minister is indeed what he is supposed to be –an expert trained in the field, working in accordance with gained knowledge and legislation. If that was the case, he should leave the forest be; or attempt to expand it. The same goes for the European bison, but also for the occurrence of wolves that will control the state and overpopulation of the wisent. An expansion in the forest would then saturate the increase in the number of the European bison.

Is it even possible to convert a primeval forest or nature into money? The value of a primeval forest – and life more generally – is invaluable. When something has evolved for ten thousands of years, it is not in human power to carry something similar out, moreover to pay for it. Try paying for  „production“ of the rain forest on a single square meter. Of course this is impossible. It begins to show that a system based primarily on money, if applied en masse, becomes the new totality of the evil that stands against humanity, people, and especially nature – even as any division between humans and nature is senseless. An expansion in the wood mining in the Białowieża Forest is as if Minister Szyszko cuts a branch under all of us.

The author is an environmentalist and leader of a nationwide campaign Koalice STOP HF.

Although the priority in the combat of drought should be a reform of the agriculture, river tract, and landscape, the politics has stubbornly focused on dam constructions. The trouble is that in addition to safety risks and drastic environmental impacts, dams also cause unfair access to water …