Now is the time to act

Indian farmers are fighting both the pandemic and government reforms 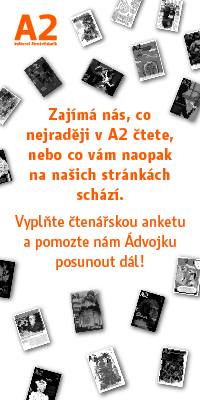 The COVID-19 pandemic has amplified a number of discrepancies and inequalities behind the long-standing crisis of Indian food systems. However, agrarian societies of the countryside, struggling against constant market pressures, have found a new ally: consumers from the cities. Together they are now facing neoliberal agricultural reforms.

In the early 1960s, India entered a new historical era. As a part of what came to be known as the Green Revolution, many countries of the Global South, India included, underwent a complex transformation of their food systems and agriculture. The initiator of this transformation, supported by the private sector, the Ford and the Rockefeller Foundations in particular, was an American agronomist named Norman Borlaug. The objective was to substantially increase agricultural productivity by way of transitioning to new technologies, introducing mechanization, and applying new, more profitable crop varieties. It is maintained that in a number of countries, famines were averted and a billion lives were saved.

Yields have indeed risen dramatically – countries like Mexico, the Philippines, Pakistan, Brazil, and India, for that matter, have become exporters of agricultural commodities. The transition to the industrial model has, however, also significantly reduced the landscape’s biodiversity and resistance to climate changes. Furthermore, the centralization of production and distribution mechanisms has led to the disintegration of social structures, making many farmers and peasants from rural communities end up in slums or as wage labourers in cities. Those who stayed and continued farming have faced numerous market pressures, as well as the effects of climate change, which has, among other things, had a profound impact on their mental health. In 2019, as many as 42,480 farmers and agricultural daily wagers committed suicide in India. Since the beginning of the Green Revolution, hundreds of thousands of them have taken their own lives. And what is more, malnutrition has still not been eradicated. According to the 2019 Global Hunger Index, hunger remains a serious issue in India, with children and adolescents in particular suffering from a grave lack of vitamins, calories, proteins, and micronutrients. State healthcare programs are largely failing.

With the COVID-19 pandemic, old problems have manifested themselves with new vigour. The Indian government is using the chaotic situation to push through neoliberal agricultural reforms, which further strengthen the position of big business and destabilize living and working conditions in both the countryside and the cities. At the end of March 2020, in the midst of the lockdown, the Indian government introduced measures, regulations, and laws that are a mix of nationalistic, xenophobic, and hypercapitalistic narratives. These steps allow for the further privatization of agriculture, as well as the reinforcement of wage-based forms of precarious work. One might add that in India there are around 400 million people (a third of the overall population) dependent on agriculture and related activities, and the current neoliberal reforms are bound to result in further erosion of not only soil, but also social structures. It is a textbook example of the shock doctrine as described by Naomi Klein.

The first of the new measures is a key change in the role of the state Agricultural Produce Market Committee (APMC), founded in the sixties in reaction to British traders trying to dictate the conditions for the purchase of Indian cotton. The democratically elected committee, consisting of farmers, traders, and other parties, had until recently ensured the protection of farmers against exploitation by wholesalers who like to push the prices down. Financial excesses and speculations had thus been effectively prevented. The APMC also ensured that farmers’ produce was only distributed at certified marketplaces with guaranteed fair financial conditions, also called mandis, where 30 to 40 percent of goods got sold. In May 2020, however, the Minister of Finance and Corporate Affairs, Nirmala Sitharaman, announced her intention to abolish not only mandis, but also all regulation of sales whatsoever, including the government-guaranteed minimum purchase price and protection of farmers within the market. This is purportedly to increase their competitive ability, allowing them to sell for more attractive prices. The new legislation is supposed to especially help small farms – according to prime minister Modi, they should double their profits. However, as pointed out by farmers from movements such as La Via Campesina or All India Kisan Sabha, as well as hundreds of other agricultural unions and experts, in reality the new laws have opened up unprecedented possibilities for big corporations. Companies such as PepsiCo, ITC, and Cargill India are now free to dictate purchase prices and market conditions that are bound to spell doom for small farmers. With the livelihood of 70 percent of India’s rural population dependent on agriculture, of which 82 percent is constituted by small farmers, it is clear that the liberalization of the sector will seriously impact the most vulnerable. The “neoliberal mercenaries of caste politics”, as sociologist Prabudh Singh named the instigators of the reform, are thus expanding their control over yet another sector, which could even, critics argue, result in the collapse of agriculture. While the new legislation was being passed in September, India saw about 4,000 protests, as well as railway and highway blockades, across the entire country. The new bills were promulgated nonetheless.

Other measures involve the degradation of land and labour legislation, aiming to attract more foreign investors. The state of Karnataka, in southwestern India, passed an amendment to the 1961 land reform act which had protected farmers by restricting the purchase of land by outsiders. The amendment, on the other hand, enables the problem-free purchase of land by anyone owning capital, and removes the ceiling on the area held by any one person. As argued by agricultural unions, this step opens the door to speculators, mining companies, and big agribusiness corporations, while farmers are to become wage labourers working under precarious conditions, a phenomenon well known particularly from Africa. Moreover, a number of Indian states have pushed through longer working hours, have legalized no-contract jobs, and have reduced or even removed paid holidays and minimum wage. Agricultural movements are protesting, joining forces with the opposition, and fighting for their survival and food sovereignty – i.e. the right of peoples to healthy and culturally appropriate food produced through ecologically sound and sustainable methods.

Back to the Countryside

In a recent online discussion of representatives of the world’s peasants held by the Asia Europe People’s Forum, the activist and advocate Chukki Nanjundaswamy, president of Karnataka Rajya Raitha Sangha (KRRS), one of the most powerful peasant organizations, said the state of affairs in South Asian countries is dismal because the majority of society consists of peasants and wage labourers facing difficult life situations due to the COVID-19 pandemic. International markets have been shut down, and many farmers have lost sales and have had to plough their crops back into the dirt. In Karnataka alone, 75 farmers took their own lives in the first two months of the lockdown. According to Chukki Nanjundaswamy, those months saw the “failure and collapse of the capitalistic model. What worked was people-to-people initiatives based on solidarity.” She argues, however, that COVID-19 not only brought a crisis, but also allowed for the development of alternatives. The closure of many conventional grocery stores spurred city people’s interest in supporting small farmers in difficulty. Farmers started to use Twitter and WhatsApp to organize their communities and look for direct means of sale. COVID-19 taught a lesson especially to farmers focused on monoculture production of cash crops (profitable crops grown for foreign sale) and dependent on pesticides and international markets. Many farmers returned to bartering (exchanging legumes for millet, etc.), and people from the cities took more interest in ancient crop varieties and farming according to agroecological principles, a great part of which is diversity.

The crisis has laid bare just how dependent industry is on the work of migrants from the agricultural sector. When factories were shut down, thousands of women and young migrants from rural and farming regions, up until then invisible to society, suddenly emerged. They were forced to return to their original communities and to the soil they used to cultivate. It is precisely those people who were long ago uprooted by the agricultural crisis and driven by neoliberal politics into the cities to find a “better life,” who are now under the radar of movements such as Karnataka Rajya Raitha Sangha, La Via Campesina, and others. These organizations want to support citizens in their return to the soil and agroecological farming. The KRRS leadership couldn’t have put it more clearly: “Now is the time to act – to welcome our brothers and sisters in the countryside and teach them how to produce food without harming nature. We must build solidarity across the society and industrial sectors.” Amid the crisis, models based on diversity and solidarity are proving more resistant and viable than those based on competition. Indian society has a battle for the future face of food systems ahead.